This product is no longer stocked and therefore cannot be purchased until further notice. 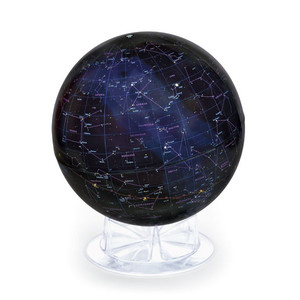 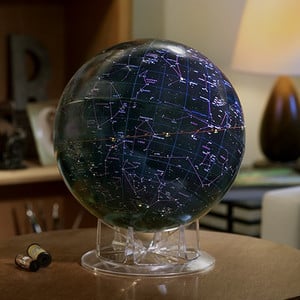 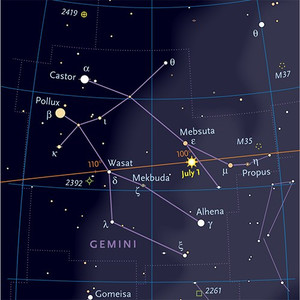 Show reviews (1)
Product questions?
Log in to add this product to your watchlist.

This globe allows you to explore the stars above as never before. It combines Sky & Telescope’s exclusive constellation patterns with an “inside-out” perspective that closely matches what you see in the sky. More than 2,900 stars are plotted to magnitude 5.5, with double and variable stars indicated. Labels identify nearly 300 common star names and more than 550 Bayer (Greek-letter) star designations. Also included are 109 Messier and 109 Caldwell deep-sky objects.

All this is portrayed against a celestial-coordinate grid, all 88 constellations and their boundaries, and an ecliptic line annotated with both degrees and the Sun’s location throughout the year.

(Note: the globe is not internally illuminated.)

How is your experience regarding this product?

For £80 I was expecting something with a bit of weight to it. I was expecting it to be made from two plastic hemispheres of a decent thickness and weight. This globe weighs next to nothing and appears to be made from cardboard sectors. There are twelve in each hemisphere and the joins are fairly obvious. There are also creases in the cardboard in places formed during the joining process. The whole globe is then coved in a polythene film which I was about to peel off, thinking it was just a protective transport film, before I realised it must be part of the structure. I’m not sure if is applied to protect the printed cardboard from being worn out, by handling or being scratched by the limbs of the plastic support, or if the film actually is involved in holding the whole globe together.
The depiction of the stars and constellations is satisfactory, but the construction is very disappointing.
Final verdict - not worth the money.